Providing information that is accessible, inclusive and respectful is at the core of what we do at the Information Access Group. We regularly test our content with our target audience and have undertaken multiple photoshoots to make sure we have images that capture the diversity of our community. We also make sure we keep up-to-date with anything that may require us to adjust the way we visually represent ideas in our work. 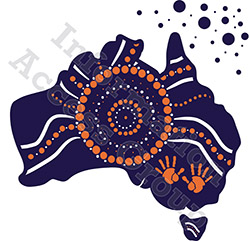 So, when we learned of the current legal process surrounding the Aboriginal flag, we knew we had to adapt the way we represented Aboriginal and Torres Strait Islander communities in our work.

In light of the current legal situation, we understand that we can no longer use the Aboriginal flag to represent Aboriginal peoples in our work. We always want our work to be inclusive and respectful to all peoples and all cultures. So, in this instance, we reached out to Lani Balzan. 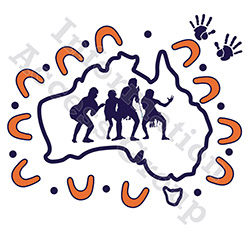 Lani is a proud Aboriginal woman from the Wiradjuri people of the three-river tribe. Her family comes from Mudgee, but she grew up all over Australia. Lani is a nationally recognised Aboriginal Artist who now calls the Illawarra home. Lani created some Aboriginal and Torres Strait Islander designs for us to use in the communication products we create. This means that we have a range of images to draw on to represent Aboriginal and Torres Strait Islander culture and community in various ways in our work going forward.

You can view Lani’s incredible work on her website called Aboriginal Art by Lani.