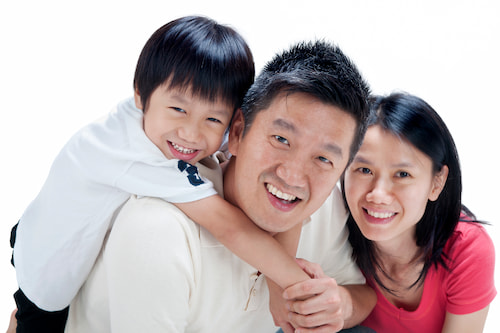 When many of us think about charities and development organisations, we might picture starving children with swollen stomachs, or women holding their babies and smiling sadly. These are the kinds of images which are often used to raise awareness of the issues in low-income communities. They can be effective at evoking emotional responses in the viewer. However, this kind of photography could be considered exploitative and might spread stereotypes.

Images of people receiving support from charities are often used in advertisements or in newspapers. It can be difficult to tell whether the person in the photo has allowed their photo to be taken. When someone is in crisis it might not feel appropriate to approach them and ask for their story or a picture. Even if permission is given by the subjects of photographs, they might not understand the implication that their image will be used in newspapers all over Australia.

There is also a power imbalance between charity organisations and the people they work with. Some people might consent to being photographed only because they believe that refusing will jeopardise the support they are receiving.

These issues also apply to photographs that tourists or volunteers take and post to social media, and not just images from organisations and journalists.

Humanitarian photography can be exploitative

Some organisations frequently seek donations by choosing the most shocking images. Amplified images of poverty are often unfair and fail to capture the intelligence, resilience and capabilities of communities. These images may lack context and give the impression that everyone in a community lives in poor conditions. If subjects of the photos are offended by their portrayal, they might refuse further help and more harm will be done than good.

Charities tend to over-focus on photos of women and children in poverty. While it is true that women make up the majority of the world’s poor, this can spread the idea that it is only women who live in poverty, or that women need more aid than men and are incapable of supporting themselves.

Images employed by charities also highlight the traces of colonialism still present in some countries. White people are shown as the person “saving”, while Black, Indigenous or People of Colour (BIPOC) are often the party receiving assistance. The images can be harmful, as they entrench stereotypes by degrading BIPOC while elevating the “white saviour”.

Basic principles for ethical imagery in the development sector