Whether you agree or disagree with the outcome of the American Presidential Election last week, one thing we have been thinking about is the issue of voter literacy – are election materials being written in a way that are easy to understand?

Why is it important? 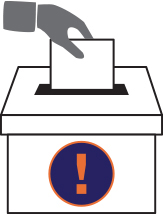 According to the National Assessment of Adult Literacy (NAAL), 43 per cent of American adults have a basic or below basic level of literacy. That’s around 93 million people, or almost half the population. Comparatively, results published from the Programme for the International Assessment of Adult Competencies (PIAAC) show that over 40 per cent of people in Australia have low levels of literacy. Both countries show a real need for information to be presented in a way that is accessible to everyone.

We all know that language can be confusing, from jargon and buzz words through to the context it’s placed in. When democracy is at stake, it’s important that people of all abilities can understand whether their vote will actually lead to the outcome they want. Giving people a voice and a say in what’s important to their future shouldn’t end up being be a frustrating literacy test. 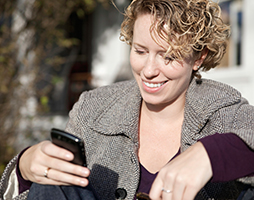 The Centre for Civic Design (CCD) has been working on making the election process easier by running usability tests on different ballot papers. The results aren’t surprising – plain language is just as important as white space and bullet points.

In 2012 the CCD created Anywhere Ballot, a digital voting system that focuses on people being able to use their own device to vote. Aimed at engaging voters with low literacy or intellectual disabilities, the project worked to build a prototype of an accessible, responsive, WCAG compliant front end for ballot marking. The project was sponsored by the Election Assistance Commission who, in 2010, committed $7 million to support research on transformative technologies and ways of making voting more accessible.

The CCD has also written a range of field guides including Designing usable ballots, Writing instructions voters understand and Testing ballots for usability.

Does the wording of the question matter? 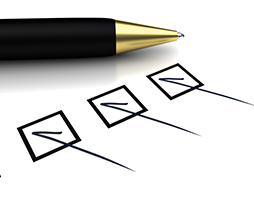 In light of this feedback the question was simplified to “Should Scotland be an independent country?”. Many argued that the change wasn’t necessary due to the word ‘agree’ historically being used in referendum questions around the world. However, others believed that ‘agree’ painted the question in a very positive light, suggesting an expectation that you would agree and, well, everyone wants to be agreeable right?

Where to from here? 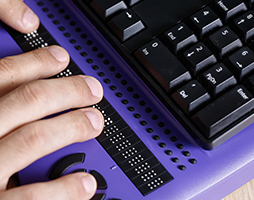 In June 2016, before the federal election, the Australian Electoral Commission introduced a telephone voting service for voters who are blind or have low vision. Election information was also provided in a range of formats including large print, e-text, audio, braille and, in some cases, Easy Read.

The US is extremely large, so the process of change is fairly slow. While there are a number of programs in place such as those headed by CDD, the move to more accessible voting practices may not take full effect for many years.