When people are dealing with their bank, it’s not uncommon for them to feel as though they are being spoken to in another language. Between the jargon and complex language, many people can be left feeling baffled and with more questions than they started with. This feeling is supported by a recent report by VisibleThread, a content and language analytics company that works to improve the readability and quality of communication. Despite focusing on the United States, this report also confirms the findings from Australia’s recent Royal Commission into Misconduct in the Banking, Superannuation and Financial Services Industry. 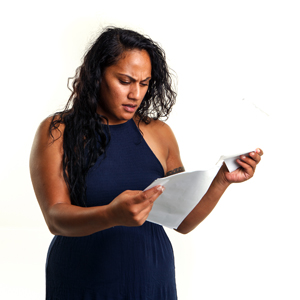 Visible Thread analysed the communications of the top 50 banks in the United States. It found that that 58 per cent of United States bank content is not readable by an average American, which shows that readability is an industry-wide issue in financial services.

The report showed that the main readability issues were the use of jargon and complex language, as well as an academic tone and long sentences. Only one of the 50 banks had an acceptable score for average sentence length and nearly 90 per cent used ‘passive voice at excessive levels.’

All 50 banks got a readability score less than Moby Dick and the 10 worst banks had the same score as an academic research paper about chess.

Read more in an article on the Forbes website.