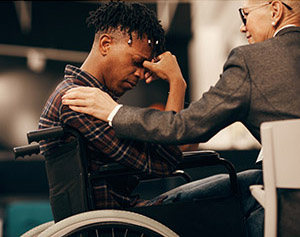 A report from the University of New South Wales Social Policy Research Centre has found that Australia hasn’t made enough progress in achieving equal rights for people with disability since the disability rights movement in the 1960s.

Australia signed the United Nations’ Convention on the Rights of Persons with Disabilities (CRPD) in 2008. It promised to protect and promote disability rights. In this new study, researchers focussed on how Australia has applied the CRPD because they said this was “critical to fulfilling the right of people with disability to be free from all forms of violence, abuse, neglect and exploitation.”

However, they found that Australia’s interpretation of the CRPD is flawed. Particularly, for Article 12 (equal recognition before the law) and Article 17 (protecting the integrity of the person) of the convention.

Researchers said: “Australia’s interpretative declarations restrict implementation of the CRPD, prevent reform, and allow for human rights violations including the denial of legal capacity, arbitrary and indefinite detention, and forced treatments and medical interventions of people with disability.”

This means that inequality and power imbalances need to be changed, and people need to understand that disability is created by our society.

The report recommends a new system, rather than trying to fix or maintain the existing systems. That the current systems are built on ‘ableism’.

This research was commissioned by the Disability Royal Commission to describe the international human rights context that it is working in.

You can find out more in an article on the ProBono website.